Windows 7 is “no longer supported.” Should you upgrade? Should you buy new?

Windows 7 is “no longer supported.” Should you upgrade? Should you buy new? 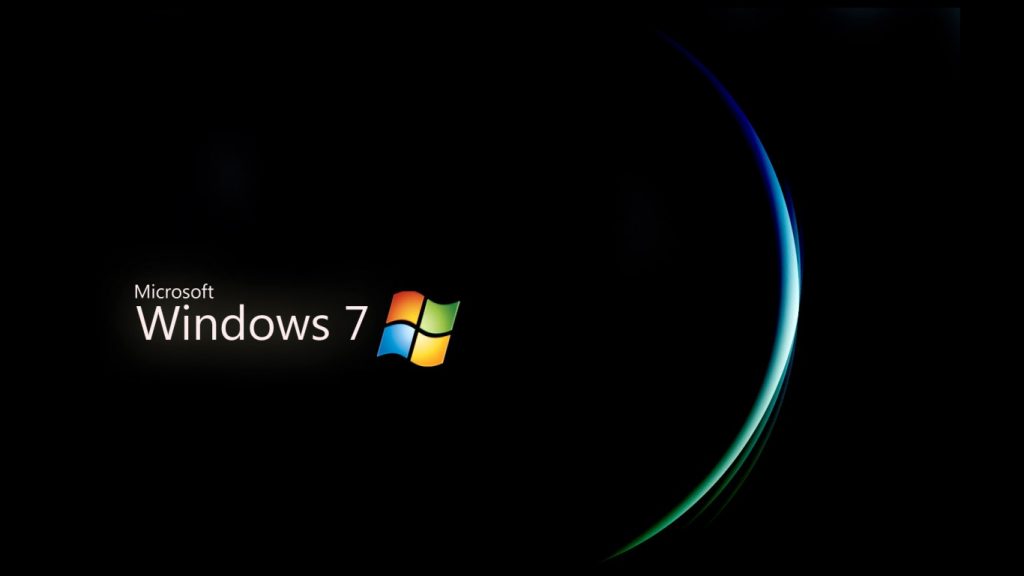 (Scroll to the end for our local Windows 10 upgrade offer.)

Windows 7 support ends January 14, 2020, and Microsoft is letting everyone know, and lots of people think their computers will magically catch on fire and never work again in 2020. (Okay, I’m kidding about the fire part.) 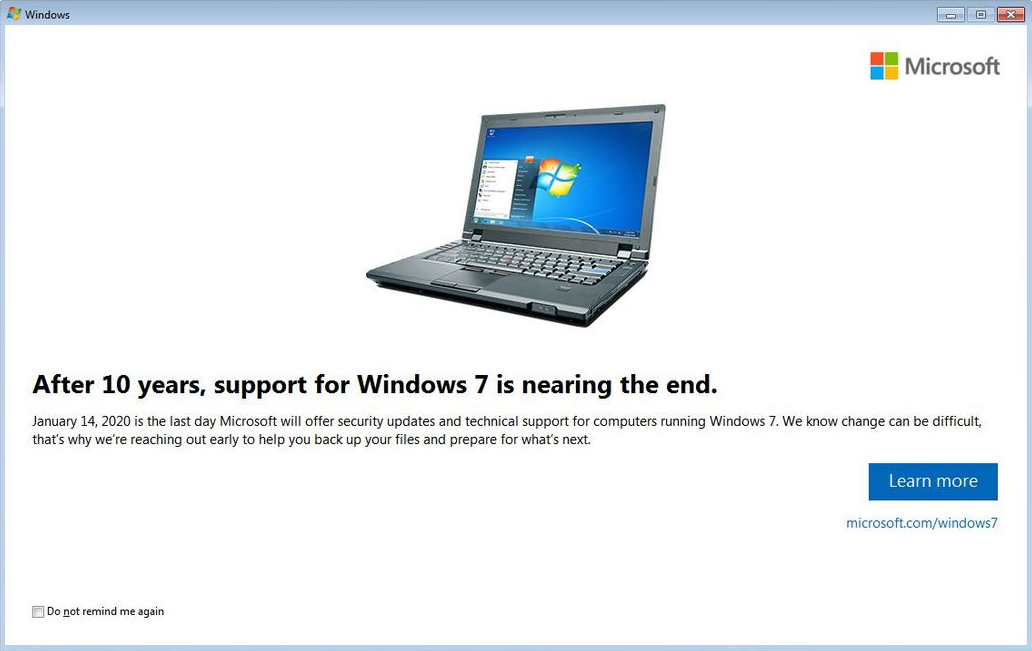 If you’re reading this, you probably want to know what this means and what you’re supposed to do about it. Fear not, dear reader, because Tritech Computer Solutions is here to help. Here’s the biggest thing to remember about Windows 7 support ending:

Windows 7 will not stop working without “support.”

As long as you can keep it working, your Windows 7 computer will continue to work as it currently does, even without receiving support from Microsoft. The question that often isn’t asked is: “what does ‘support’ mean?” In short, it means that Microsoft provides updates to the operating system that improve security and sometimes fix bugs and add small features. Let’s talk about what you get from Microsoft’s “Windows 7 support.”

The biggest benefit of “support” (which really just means “updates”) is receiving security updates. Without receiving security updates, any future security issues found in Windows 7 will not be fixed, but that’s not necessarily as serious as it sounds. Many of the security issues plugged by security updates tend to be minor or difficult to exploit in the first place. There are rare occasions that a major security hole in Windows is found, and even if there’s a major security hole, someone has to try to exploit it before it can impact you. Now, obviously, it’s not the best plan to assume that it will never happen to you, but the likelihood of being hit through one of these unplugged security holes is not very high. Microsoft has also been known to release “out-of-band” updates for unsupported systems if a security flaw is so big that it can cause a widespread infection, so “no support” isn’t even necessarily 100% truthful if the problem is big enough.

One of my own machines is a Windows 7 computer used primarily for media production software. I do not allow it to update from Microsoft and I don’t update the production software either. It has no issues and continues to run its original Windows 7 installation to this day without incident. I have manually installed a very small number of updates for high-profile security concerns and bug fixes, but that’s only about 20 out of the thousands of updates for Windows 7 over the years. The machine will continue to run Windows 7 until I have to upgrade it for some reason. I don’t see any benefits from Microsoft’s “support” because I don’t generally use it online in the first place and I’m very careful about what I run on it.

What “no support” means beyond just the updates

This is where it gets a little more ugly. When a Windows version is no longer supported, it doesn’t get updates from Microsoft anymore. No big deal if you understand the risks, right? Well…there’s a broader (and more troublesome) problem with Windows 7 support ending, and it can be seen through the progress beyond Windows XP’s end-of-life.

Anyone who was running Windows XP in 2014 got an end-of-life notice message from Microsoft that year, and nothing happened immediately. The problem is that the software environment surrounding Windows XP started to dry up. Microsoft’s own software development platforms slowly stopped supporting building software for Windows XP, meaning that using the latest development tools would slowly force software developers to drop XP whether they wanted to or not. Mozilla Firefox was the last modern web browser to drop support for Windows XP, so no one with Windows XP today can run a modern browser. Hardware manufacturers stopped providing drivers and software for Windows XP, meaning that if you replaced your aging printer with a brand new one, you might find out when you get it home that it wouldn’t install on Windows XP at all. If you ran Adobe Photoshop and you paid for the latest Photoshop version, you’d find out that the new version simply wouldn’t install on XP.

With no new software supporting the system and some software (particularly web browsers) requiring fairly regular updates to continue working properly in an environment full of other up-to-date computers and contemporary web and encryption standards, Windows XP’s usefulness became prohibitively limited as the years passed beyond the 2014 EOL announcement. If you’re running XP on something today, it’s probably a secondary computer, and you probably have it because you want to run outdated software such as old video games or the code that powers a $100,000 metal processing machine in your machine shop. It still works perfectly fine, sure, but the software/hardware world it lives within is frozen in a past era. The browser support is a particularly serious problem, and the original Internet Explorer 6 that shipped with Windows XP can’t even access most secure websites on today’s internet due to an encryption weakness scare several years back that prompted most websites to change their weaker encryption methods to much stronger ones that weren’t even available in the days of IE6.

The same will happen to Windows 7 and to holdouts who don’t upgrade to Windows 10: in the beginning, nothing will change, but eventually it’ll be a challenge (or even impossible) to check your web mail or get a replacement printer or upgrade a piece of software.

Should I buy a new computer instead of upgrading?

This depends heavily on the computer. In general, very old or slow computers should be replaced, but most $400+ computers made since 2010 are great upgrade candidates. Let’s talk about this in two parts: what you can definitely shoot down and what might be a viable upgrade candidate. If you need to see your computer’s model number, processor, RAM, and other information, run the System Information tool by holding the Windows key and hitting R (Win+R), then typing “msinfo32” and hitting enter.

Don’t bother considering an upgrade for…

Definitely consider an upgrade for…

Advice for those looking to upgrade

Advice for the brave souls who stick with Windows 7

I’m in central North Carolina and I need a reputable computer shop!

Our in-shop price for a clean Windows 10 upgrade install is $90 and includes backing up your data, physically replacing your hard drive (if necessary), installing and licensing Windows 10, installing some basic software (Adobe Reader, Mozilla Firefox, etc.), and restoring your backed-up data.

If you have a business with a large number of computers requiring an upgrade, call us to discuss an on-site batch migration session. After-hours sessions are available to minimize disruption. On-site services are billed at an hourly rate plus a trip charge rather than a flat fee.